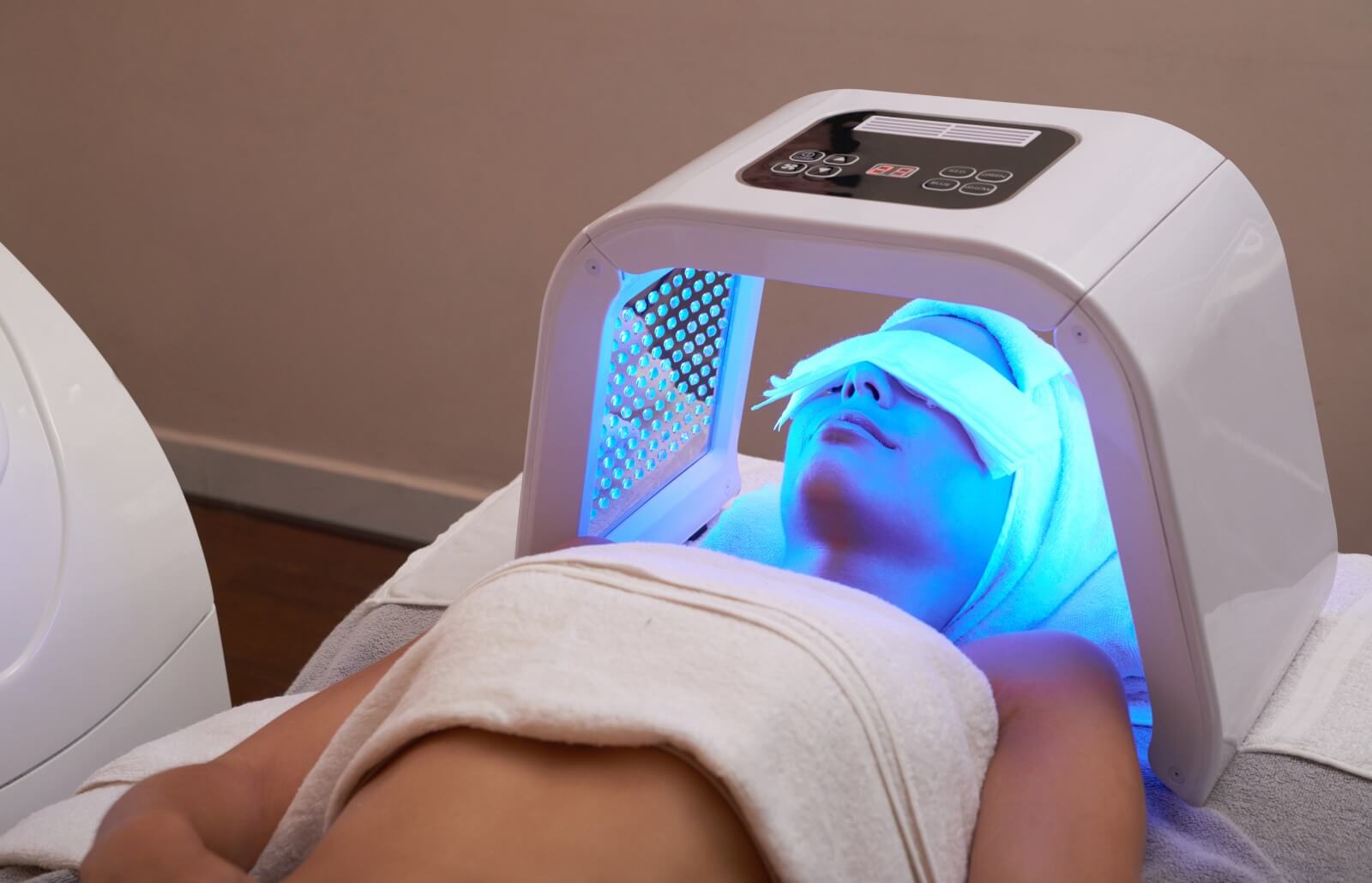 How This Cutting-Edge Treatment Can Help You

If you’re struggling with persistent acne or starting to see fine lines and other signs of aging, there may be a light at the end of the tunnel — literally. LED light therapy has been around for years, but it’s gaining in popularity as a low-risk, noninvasive way of treating many common skin issues. Here’s how it works and how it may be able to help you take your skin to the next level.

LED light therapy was originally developed by scientists at NASA who were working on experiments involving plant growth, but they eventually realized that light therapy also showed possible benefits as a treatment for wounds. Today, LED light therapy is used to address many skincare issues — especially aging and acne.

LED light therapy works by using certain wavelengths of light that are known to change the skin for the better. For example, red light (one of the two most common colors used in LED light therapy) works by activating a certain receptor in the skin cell’s mitochondria. It sends signals to the mitochondria which stimulate collagen production and have a calming, anti-inflammatory effect. Blue light is the other common color, and while it doesn’t get as deep into the skin as red light, it’s used to treat acne because it is able to kill the bacteria on the skin that causes acne.

The benefits of light therapy are wide and varied, and this type of treatment is a good choice for all skin types; although those with very sensitive skin prone to rashes should discuss their options with a healthcare provider first. LED light therapy doesn’t have any UV rays, which means it’s safe for long-term, regular use on the skin, and the average treatment schedule is one 20-minute session once a week for up to 10 weeks, with follow-up sessions every few months after to maintain results. LED light therapy can also be added to any other treatment, such as micro-needling or microdermabrasion, which makes it a convenient addition to your existing medical skincare routine.

If you’re interested in learning more about what LED light therapy can do for your skin, contact our team at Aponi Aesthetics to get the details on this effective treatment and to schedule your first session.

Insider offers & flash sales in your inbox every week.

Insider offers & monthly specials in your inbox every month.